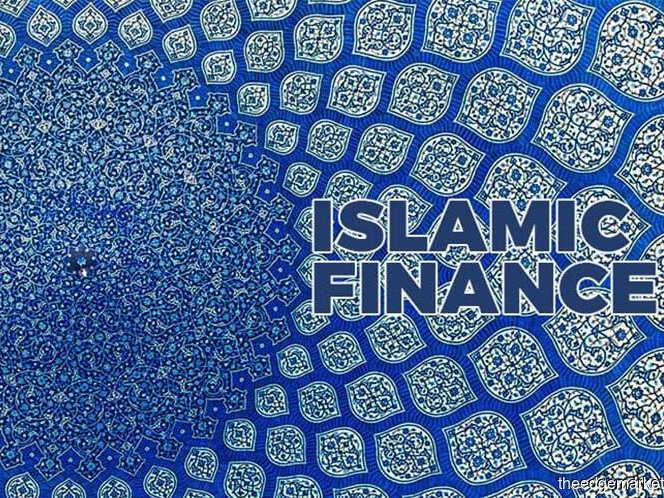 In today’s world, we hear a lot of buzzwords such as “Financial Inclusion”, “Finance for All” or “Microfinance”. And when you hear the concept, it makes you question why such mechanisms have not been in place before because it sounds too good to be true. These buzzwords are used by many financial institutions including Banks that have dominated the global economy for eons. But why are these areas in focus only now? Has the need for such services been not there for decades? And why are Banks so interested in this now?

According to statistics[1], the market capitalization of the global Banking sector in the third quarter of 2020 stood at USD 5.2 trillion. Keep in mind that this 2020 saw the world facing a global pandemic that hit the global economy severely. In the fourth quarter of 2019, this figure was at USD 7.6 trillion. Banks have thus been the biggest investors and biggest lenders in the market, not even in the conventional front but in the Islamic Economic system as well. Research[2] have shown that the Islamic Banking sector makes up to 71% of the industry’s assets, valuing up to USD 1.72 trillion, and is projected to increase. Now, when we look at the Islamic Economic system, it is fundamentally established to provide a well-rounded and more inclusive environment for all within the community. Yet, this is not seen in markets where Islamic finance prevails.

Ever wonder why Islamic Finance is referred to as the Ethical Alternative to Conventional finance? It is because, a big part of the Islamic Economic system is redistribution of wealth. Within the fundamentals of an Islamic Economic system, it is noted that once wealth is acquired by man and a portion of it is utilized to satisfy his needs, the remaining portion is to be redistribution in order to ensure a just and equitable distribution of wealth. We can see that it is an ethical principle rather than a religious one; it discourages hoarding of wealth and encourages to help those in need at the same time. And this is a very good principle to follow within any Economic system, but even in Islamic Finance, this is a big area that is often overlooked, especially by well-established Financial Institutions.

Do not get me wrong, I am not accusing any Islamic Financial Institution of not following the principles of Islamic Finance. I am only noting that the true essence of Maqasid al-Shari’ah (i.e. Objectives of Shari’ah) may not be fully achieved by the current practice of Islamic finance. Let us look at from the point of wealth redistribution. In Islamic Economics, this function is achieved through Islamic Social Finance that includes Zakat (Alms), Sadaqah (Charity) and Waqf (Endowment). And these functions of wealth redistribution can be classified as below:

Zakat is the third pillar of Islam and all Muslims are required to pay this from wealth acquired. Through proper governance, any Islamic Financial Institution licensed to offer Islamic finance products and services in almost all jurisdictions are required to pay Zakat from profits acquired as well. And the full amount collected as Zakat is distributed to those in need within the community. The compulsory Zakat payment from Islamic financial institution does generate a significant portion of wealth that is redistributed to those in need, but is it enough? It should be noted that along with licensed Islamic financial institutions, multilateral organizations such as Islamic Development Bank (IDB) also contributes large sums of money to Zakat. In fact, each year, IDB provides an estimated amount between USD 230 to USD 560 billion[3] globally in Zakat donations. Even with such large sums of money collected as Zakat, it is not proving to be a sustainable solution to many facing harsh realities of poverty in the form of hunger, malnutrition, diseases, illiteracy, level and quality of consumption and the broader reality of deprivation. Most of the countries in Organization of Islamic Cooperation (OIC) are generally poorer than other countries, with the majority of said poor population living in Africa and Asia. For instance, as many as 58.7 million people in Pakistan are living in multidimensional poverty while Bangladesh and Nigeria has a high poverty headcount ratio of 43% and 62% respectively[4]. The fact that millions are still living in poverty can be seen an indication that only relying on compulsory redistribution of wealth through Zakat is not the solution.

So, what is the solution? In my humble opinion, the problems faced by the collective poor globally requires a collective solution. Putting the weight of wealth redistribution on just one arm is clearly not sufficient. Zakat is managed at a state level in most Muslim countries which while seem efficient, is clearly not effective or sustainable for long-term. It may reach a certain target audience however, there are those who are in need of not just hand-outs but significant amounts that could help them alleviate themselves from poverty. So, can this be achieved by Sadaqah? I would say no, since for most, Sadaqah is giving a small hand-out to those who have had to resort to begging on the streets or requesting for aid through Social Media for medical assistance, school fees, etc. It does help those in need to solve an immediate problem, but it is often a one-off amount that they receive which is not significant to help them stabilize themselves to become effective members of the society. So once again, Sadaqah is also not sustainable.

Now what is left is Waqf. This tool has the potential of being the solution to many of those who are forgotten within the society. Waqf allows those with surplus to endow either their assets or money in order to cater to those in need of assistance. With endowment of Assets such as buildings, those within the community who do not have access to shelter are offered a place to live which takes care of the most basic of their needs. With movables Waqf assets such as Waqf vehicles, poorer members within the community are provided with equipment that can be utilized to earn money using which they can support their families. This offers a more sustainable solution. Similarly, Cash Waqf funds are perpetual funds that are created to offer those in need of financial assistance. These funds are able to offer Qard-al Hassan (benevolent loans) to lower income earners who can utilize the money to start off their own business that can sustain them for a long-term basis.

Many more examples can be given on how Waqf can be utilized for sustainable financial inclusion for those forgotten within the community, however such examples have been written by many scholars and published in well-known articles. Yet, only few of these examples and solutions have been adopted in real life. In fact, Islamic social finance as a whole is well researched and well-written across the globe, yet when it comes to practice, it lags behind commercial Islamic finance products and services. Is it because it does not offer attractive returns to the Financial Institutions offering them?

If you look at it from an awareness and marketing perspective, very few in the community are aware of Islamic social products (if any) that are offered by Banks. Yet, advertisement of Current Accounts, Saving Accounts, Financing Products and other such commercial products and services offered by Banks are broadcasted via all mediums such as posters, social media campaigns and even television advertisements. So, why is the same level of effort not being put into promoting Islamic social finance? It is easy to utilize buzzwords in order to attract a generation that are more aware of the need of one another, however it is also vital to put it in practice. I agree that Banks have kickstarted campaigns to promote Waqf and Sadaqah across the globe, however I would also note that the same level to promote these campaigns are not seen. And due to this, majority (if not all) of these campaigns have either remained dormant or been unsuccessful.

It is true that the first and foremost function of an Islamic Bank is commercial activities to generate profit for their shareholders. However, following the tenants of Islamic finance and redistribution of wealth should also be given priority, especially since social justice is an important aspect of Islamic finance. The world is now experiencing one of the harshest economic conditions due to a Global Pandemic and this is an opportunity for Islamic social finance to be put in the frontline by Islamic financial institutions in order to aid those hit hard with unemployment, evictions, hunger and many more harsh realities. Islamic social finance can be more than just a gimmick to attract a more ethical and aware audience, but only if given the power and importance to be utilized as intended.