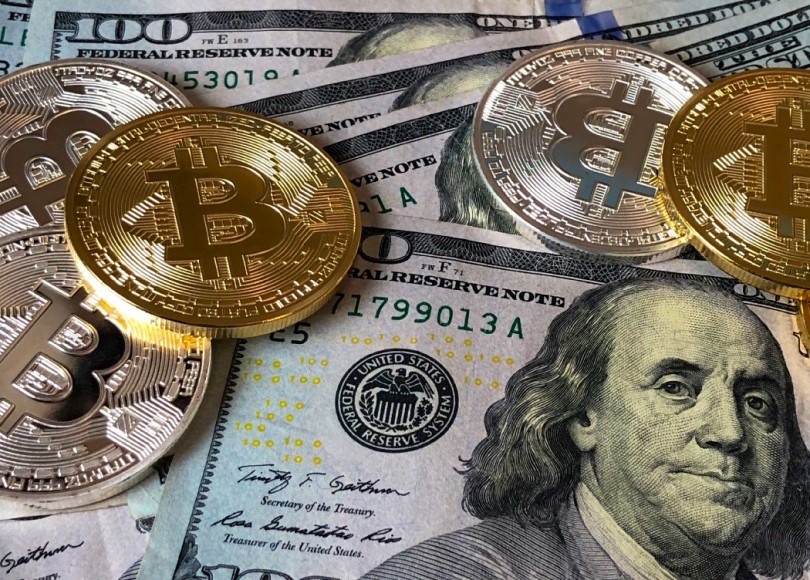 Cryptocurrency will soon be used in the same way as cash and credit cards, with potentially disastrous consequences.

Will you be paying by cash, card, or bitcoin, sir?

In January, Square won a patent for a fiat (government-issued currency)to crypto payment network. Essentially, this will allow payments in Bitcoin to instantly be transferred into the currency of the receiver’s choice. And this opens the door to retailers finally being able to accept bitcoin as a form of payment.

Bitcoin payments will no longer be confined to niche online stores and the dark web.It will be available in supermarkets, convenience stores, coffee shops, bars, and anywhere you can exchange goods or services for currency.

Meanwhile, worldwide we have a Pandemic raging, locking down not just communities but whole continents. The World Bank has described the economic effects of this as the worst global recession since the second world war.

The world is in the grips of one of the worst economic disasters in living memory, while bitcoin crosses the barrier between Intangible Asset to Real-World Currency.

It is time to start asking: What effect will bitcoin have on the economy?

Bitcoin Is A ‘Better’ Currency

Bitcoin was the first decentralized cryptocurrency, created in the wake of the Great Recession 2007–2009. There are no physical Bitcoins, and unlike government-backed fiat money, there is no central authority, meaning the Bitcoin network, as a whole, creates and maintains the currency. This decentralization removes power from potentially corrupt or inept authorities, who may cause financial crises or wealth inequality through Crony Capitalist policies.

If you live in the West, every year, your savings lose value by roughly 2% due to inflation, so holding on to what wealth you have, in currency, is a losing game. Central banks print more money every year, hoping that as your money loses value, you will spend it RIGHT NOW. They also create more money to lend to banks at lower interest rates. In theory, this lending and low interest is passed on to businesses and consumers to encourage spending. However, since the Pandemic and the resulting economic turmoil, Central Banks, including the Federal Reserve, are changing strategy to allow higher inflation.

Bitcoin is a whole other ball game. The Bitcoin production rate, set in stone, into the very core of its code and designed to mimic gold, as a finite resource, only with much greater scarcity. As time progresses, new Bitcoin becomes harder to produce with every Halving. Once 21 million are mined, then that’s it, no more new Bitcoin. Consequently, this scarcity creates a demand for Bitcoin that already far outstrips its supply. And that demand is only going to increase.

When you have the choice between a currency with increasing purchasing power or one that reduces in value, which would you pick?

A Currency That Can’t Be Used, Until Now

The Problem with Bitcoin as a Currency

Until now, Bitcoin has only been accepted as money on a few niche online stores, the dark web for less than legal purchases, and a few major brands, keen to jump on the bandwagon, via convoluted systems involving different apps.

Most retailers, both online or bricks and mortar, don’t and can’t accept bitcoin as a form of payment. Bitcoin’s volatility means that by the time it’s transferred into a fiat currency, a price swing could have taken the profit margin and a lot more.

However, Square’s new fiat to crypto network promises to change everything. Instant transfer from a Bitcoin payment into the dollar, pound, euro or yen, will allow everyone to accept crypto payments, from the corner shop and coffee stand to Walmark and Starbucks.

Bitcoin will finally realize its original purpose as money. And as adoption increases, with the currencies increased utility, there may come a point when retailers chose to keep bitcoin payments as bitcoin. Indeed, as fiat currency goes down in value and cryptocurrency up, they may decide to transfer fiat money into Bitcoin.

Bitcoin could replace your national currency. That is, after all, it’s purpose.

In Bitcoin We Trust

As discussed at length by Concoda, the Federal Reserve is artificially boosting unprofitable companies and the stock market by printing money and creating cheap debt.

But can this go on forever? If the printing presses don’t slow down, could the US face hyperinflation? Even if it doesn’t, there will come a time when investors realize the fragility of a system built purely on debt, not profit. If that happens, not only the inefficient and unprofitable, but every business and asset will face the full wrath of economic chaos.

With this in mind, despite the stock market rallying, it seems insane to invest when you can’t trust these businesses. The market is rallying because of the Federal Reserve’s manipulation, not because of any solid fundamentals of companies within the market.

Welcome to the world of state-approved insider trading where us peasants have to accept that in a democracy with supposed law and order, insiders can leverage public markets to make millions, even billions, in a few days by creating hype about a stock and using retail investors to bid up the price — who then get caught holding the bag. — Concoda

Again, I believe this makes a strong case for further Bitcoin adoption as a ‘Safe Haven’ asset like gold. Investors know that the algorithm sets Bitcoin’s supply; manipulation isn’t possible. Bitcoin has become a more trustworthy asset than stocks. And with the debasement of the dollar, it is a ‘better currency’ than fiat money.

So what happens if Bitcoin crowds out fiat currencies and becomes the leading global currency?

Central Banks will not be able to fulfill their primary function of controlling interest rates and economic activity because they won’t have any control over Bitcoin’s supply.

There will be no increase in inflation to encourage spending, and businesses will struggle to get much-needed loans, as the Central Banks can’t create money to lend out to other banks at low rates. If they somehow manage to get a loan, the deflationary aspect of Bitcoin will mean that loans will get harder and harder to repay. And the same will apply to personal debt, making it impossible to get a mortgage, short term loan, or car on finance as it will be near impossible to pay it back.

Bitcoin enthusiasts will tell you the financial system is broken, and Central Banks do more harm than good. And based on the recent activity, they may have a point. Crony Capitalism propping up inefficient companies through cheap money can only end badly. However, is a system where Central Banks cannot lessen the effects of economic turmoil going to be better?

The End Of Fiat Money?

In conclusion, I believe Bitcoin adoption is going to grow. It is a more trustworthy asset than stocks and fiat money. And while Crypto Whales (Bitcoin holders with significant funds) can manipulate the short term price, the medium and long term are protected, with in-built properties set to control the supply.

Also, Bitcoin is about to get a massive boost in utility, with Square’s instant fiat to crypto transactions. Cryptocurrency will be used in the real world for its original purpose, as money. And as a currency with steadily increasing purchasing power, it’s reasonable to assume people and businesses will prefer to hold Bitcoin over inflationary fiat currencies. Volatility will go down with increased adoption and utility, making it a stable currency.

In this future, anyone with disposable income will Hodl (Bitcoin enthusiast term for hold) at least a portion of it, knowing that it will have greater purchasing power the longer they hold it. Consequently, the economy will slow, as people reduce spending to only the essentials. Then, businesses will fail, and without Central Banks to print more money and make cheap debt available to simulate the economy, a downward deflationary spiral will ensue.

The endgame could be apocalyptic.

Or The End Of Bitcoin

While researching Bitcoin’s potential effect on the Global Economy, I discovered Monetary Policy In A World Of Cryptocurrencies by Professor of Economics Pierpaolo Benigno. As well as validating some of my reasoning, it raised a new question: if Bitcoin destroys the ability of Central Banks to stabilize the economy, what can Governments and Central Banks do? I reached out to Pierpaolo to ask what he thought:

If there is a coordination to a different currency, there is not much to do than impose a currency by legal requirements —
Pierpaolo Benigno
Professor of Economics, LUISS Guido Carli

So, to protect the economy, or at least Central Banks, Bitcoin may need to be banned.